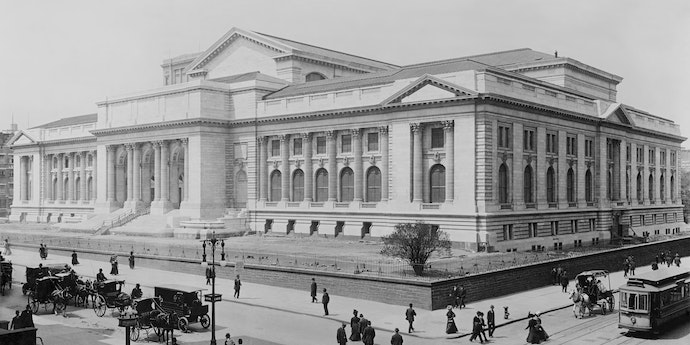 The Ever Changing Art Museum

Have you ever thought about how art finds its way into a museum? How did that painting, sculpture or photograph end up there?

Well, art museums are most often shaped by their mission and private individuals who share the museum’s interests and believe in its purpose. There are many types of art museums: encyclopedic, like the Metropolitan Museum of Art; genre specific like the Museum of Modern Art which exhibits and collects work from a 20th-century movement called Modernism; and benefactor museums like the Frick Collection which house an (often wealthy and eccentric) collector’s accumulation of art.

Each type of museum has its own mission and is charged with two basic responsibilities. First, it must maintain its collection in public trust, and second, it must make the effort to engage and educate the public about its holdings. Museums do this through exhibition programs, walking gallery talks, and sometimes hands-on and behind the scenes experiences with curators and artists.

These two responsibilities mean that many museums are constantly changing and adding to their collections to make the visitor’s experience richer. Museums acquire new work, they lend art to other institutions, and they seek new ways to show off their collection. Most museums no longer look like what they did when they first opened. Tastes change and so curators change the way their collection is presented to the public.

The Metropolitan Museum, for example, was started from the donation by a wealthy railroad executive, John Taylor Johnston, the museum’s first president. Though Johnston donated works by American artists Frederich Edwin Church, Winslow Homer, and Thomas Cole which are still on view today, his other donations of large 19th-century French academic art are no longer that popular. Some of the paintings which hung in the inaugural exhibition are no longer on view and are in storage. In fact, most museums only display 10 - 20% of their collection at any one time. The Louvre, one of the largest museums in the world, famously displays a mere 2%!

The Museum of Modern Art started from a single donation of six prints and one drawing in 1929, and its first exhibition did not display a single painting it owned. Since then the MoMA has ferociously collected and grown its collection to more than 200,000 objects. Some have come from donors who fondly remember the museum, others were purchased by expert curators with funds from the museum’s endowment. Sometimes the MoMA asks living artists to donate their own work to the museum.

The Frick Collection resides in Henry Clay Frick’s 5th Avenue mansion and houses the coal magnate’s collection of old master and European paintings and decorative arts. The museum has almost barely changed since it opened its doors. The El Greco painting of St. Jerome still hangs over the fireplace, and the Rembrandt van Rijn hangs in the gallery where it was positioned almost a century ago. To keep visitors
coming back, the museum augments its collection with temporary exhibitions and paintings loaned by other museums or collectors from around the world.

Next time you visit an art museum think about how the collection on display has changed over time, how it has been arranged and rearranged, perhaps moved into or out of storage as tastes changed, and how it has been positioned with other work the museum has carefully collected and nurtured over time. Museums are living things!